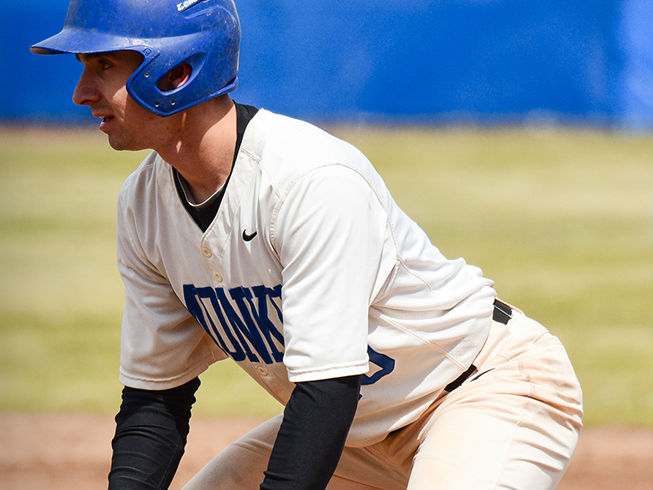 No one in Division 3 has stolen more bases than Joey Murphy. (Saint Joseph's College)

The Division 3 races are beginning to heat up with only a few weeks remaining in the regular season for many of New England’s conferences, so it's the perfect time to take a look at how the season has gone so far with a statistical eye.

Just like we did for the Division 1 level, let's take a by-the-numbers look at some of the top performing teams and players around the region.

The wins have piled up for Southern Maine and Babson, but we’ll take a bit of a deeper dive here and focus on some pitchers who hardly ever walk batters, some batters who have mashed, and a few speedsters on the bases.

Off the top, we’ll start with examples from each side of an at-bat, though both players play their ball in the MASCAC.