When the Boston Red Sox entrusted Dave Dombrowski to take over their front office in August 2015, there was much speculation that it would signal the team’s move away from analytics in favor of a more old-school approach.

What transpired instead was Dombrowski being as adaptive and openminded as ever, and perfectly willing to install new-age ideas and personnel. And in no area has this been more evident or important than the team’s pitching department.

A few weeks after Dombrowski arrived in Boston, he hired Brian Bannister as the team’s director of pitching analysis and development. By July 2016, Bannister’s duties expanded to assistant pitching coach on the major-league staff, a role he still serves in today.

Though Bannister is just one important piece to the puzzle, his hiring started the organization toward its current path of sophistication and excellence when it comes to all things pitching. Over the past three seasons, a span which has resulted in three division titles and a World Series championship, the Red Sox rank third in the American League with a 3.83 ERA. Talent, of course, plays a role, and Boston has had some of the best in Chris Sale, David Price, Craig Kimbrel and others. But getting the most out of that talent through exhaustive research takes it to another level. 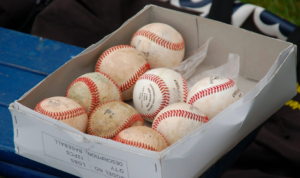 How to handle young pitchers

Coaches, Have you ever struggled getting your youth baseball team to listen to you? Of course, you have. It wouldn’t be youth baseball without the…
Read More