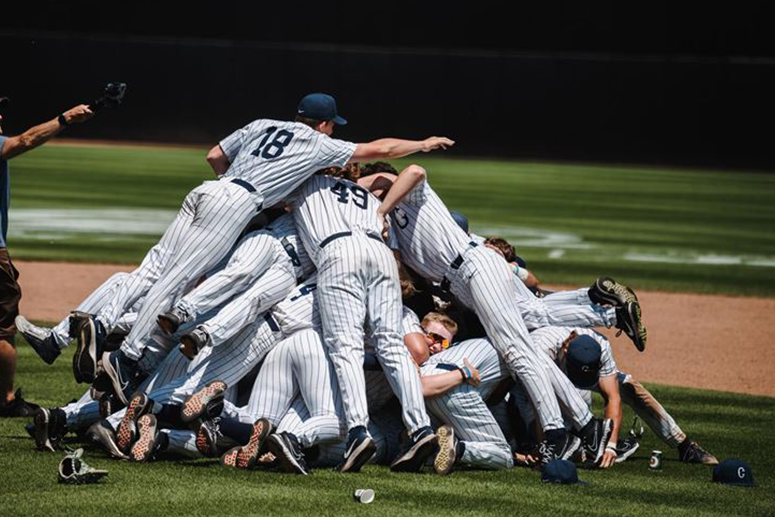 The UConn baseball team clinched a Big East championship for the second year in a row. (UConn Athletics)

Nine of New England’s Division 1 college baseball teams entered this past weekend with hopes of finding a way to start the road to Omaha.

After six grueling days of conference tournament action, the dream was realized for only one as Connecticut emerged with its second straight Big East championship. The Huskies will hear their name called in a fourth consecutive NCAA tournament bracket Monday at noon.

Playing to the end before falling short of their respective championships were UMass Lowell, Northeastern and Bryant. Lowell’s trip to the America East Championship was a program first, coming after it beat three different tournament opponents.

With NCAA tournament action next on the docket, this week’s edition of New England Baseball Journal’s Monday roundup covers all of the aforementioned conference tournament action and more around the region from the past weekend.