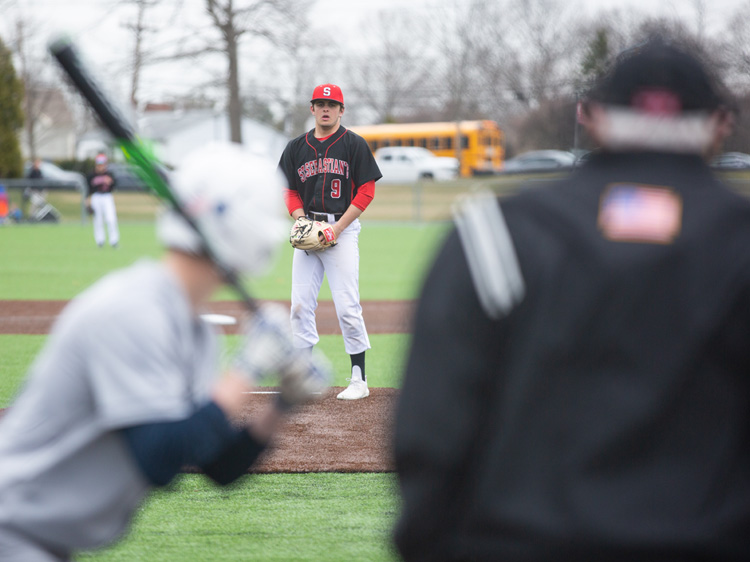 Boston College committed Matt Joyce is 5-0 with a 1.30 ERA for the two-time defending ISL champs.

For those on the outside looking in, some of the mantras of the St. Sebastian's baseball team may seem odd and a bit quirky. The Arrows don't mind. They work.

Two years ago, it was "kaizen," Japanese for "continuous improvement." St. Sebastian's did just that in 2017, right through winning the ISL title. Last season, the Arrows added another to their vocab: "Manana," either Spanish for "tomorrow" or, as St. Sebastian's head coach Richard Connolly remembers it, the description of heaven in Jack Kerouac's novel "On the Road." Whichever you agree with, it provided the Arrows another rallying cry: Forget about today, concentrate on tomorrow.

"After each loss last year, we continued to say as a team that we are on to tomorrow," senior pitcher/outfielder Tim Noone said. "Even after wins too, because the last win doesn't matter to us anymore. It's all about getting the next one."