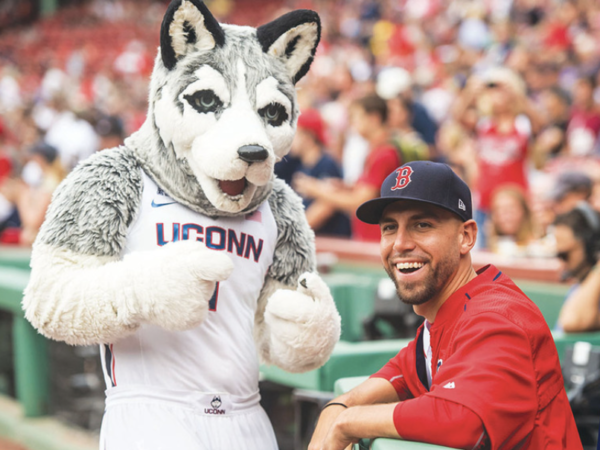 Maybe in a different year, Matt Barnes wouldn’t have been so into the World Series. His Red Sox had been knocked out in the AL Division Series for the second year in a row, and it was hard to once again watch other teams play in the spectacle he so badly wanted to be a part of.

But Barnes couldn’t help but be glued to the exploits of his long-time friend and fellow Connecticut native George Springer, who not only played in the 2017 World Series but also earned MVP of the Fall Classic while leading the Astros past the Dodgers in seven games.

Barnes and Springer were teammates and roommates at UConn and lived in nearby towns in high school — Barnes in Bethel, Conn; and Springer in New Britain, Conn. — and shared countless baseball experiences together.