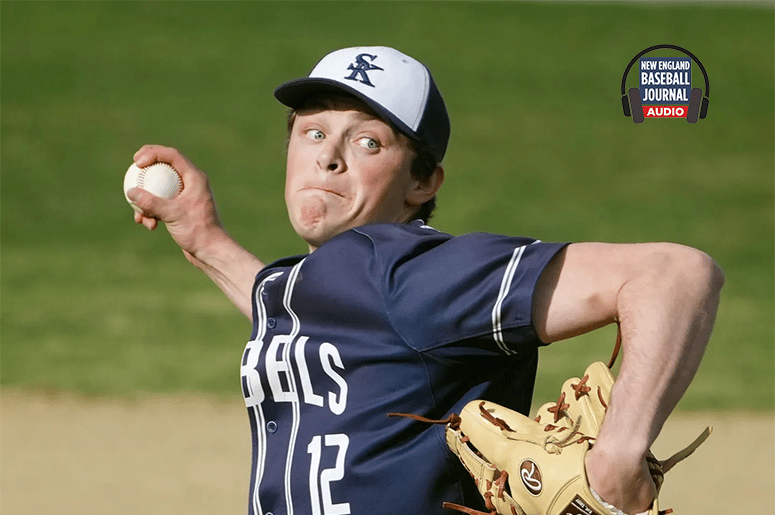 Ben Brutti signed for $405,000 after earning an 11th-round selection by the Reds. (Courtesy photo)

The latest guest on The Base Path Podcast was the top selection among New England high school players in the 2022 MLB Draft. South Kingstown (R.I.) High graduate Ben Brutti signed with the Cincinnati Reds for $405,000 after earning a selection in the 11th round.

Brutti emerged as a potential pro prospect in the winter of his senior year when he clocked a 97-mph at a Prep Baseball Report Super 60 event in February of 2022. He credits the increase in velocity — up from 88 mph entering his junior season — to his work at Hop’s Athletic Performance in Coventry, R.I.

“I was definitely getting in the gym more, working on my movement patterns, throwing at Hop’s and getting in the weight room with them,” Brutti said. “I took everything to the next step in the offseason. I started and a bunch of my numbers in the gym doubled. I started moving better. I’d say moving off the mound and having more muscle produced more velocity.”

Brutti’s rise as a pro prospect was swift. The South Florida commit was not even selected for the Area Code Games or East Coast Pro Showcase following his junior year. Still, his confidence never wavered that he was at the top of his draft class among high school prospects.

“I always knew I was,” Brutti said. “It was just a matter of starting the year and putting all the pieces together. I always felt like, ‘I’ll see you at the draft.'”

Listen to the entire podcast with Brutti. The Cape Cod Baseball League’s summer season has reached its climax. No stranger to one another, the Brewster Whitecaps and Bourne Braves will meet for the…
Read More