Even with a roster that featured 14 combined seniors and graduate students, Quinnipiac wasn’t able to show its full potential in 2021.

Multiple COVID-19 related cancellations limited the Bobcats’ schedule as they finished the spring playing the third-fewest games among the 11 Metro Atlantic Athletic Conference (MAAC) teams. (Only Iona, which ended its season in early April, and Saint Peter’s saw less action.)

As a result, the team’s current sophomore and junior classes have been a part of only 42 games — less than a full season’s worth of action — over their first two college years. That fact added even greater importance to the most recent fall for eighth-year skipper John Delaney’s (Hanson, Mass.) club.

“The team that we have this year is just very inexperienced, and some guys didn’t even play in the games we had (in 2020 and 2021),” Delaney said. “So, this fall was focused on letting them play and adjusting to things as we went along. We practiced six days a week and played four or five games between situational work and live at-bats.” 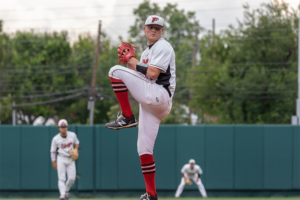 The end of the calendar year presents an opportunity for all of us in the baseball world to look ahead to 2022. A few national…
Read More State of the program: Northeastern to build on program’s best-ever season

For the last handful of seasons, Northeastern head coach Mike Glavine had known where to find his leaders in the clubhouse. As the Huskies officially…
Read More