The All-Star Games for all three of the region’s premier leagues will take place over the next week, marking the most prominent showcase opportunities of the summer for the top players in front of a plethora of MLB scouts.

A full weekend of baseball is ahead on the Cape and islands, beginning Saturday with the Cape Cod League’s contest at Spillane Field in Wareham, Mass. The action continues in Oak Bluffs, Mass., a day later as the Martha’s Vineyard Sharks host the NECBL All-Star Game for the first time.

The Futures League rounds out a big week in New England as New Britain, Conn., plays host to the showcase event for the second straight year. Here’s a look at the latest happenings around summer ball: 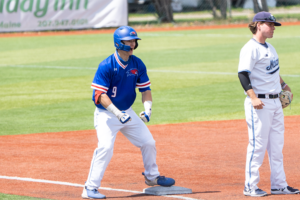 The 2022 MLB Draft concluded yesterday, but not before a total of 23 players with New England ties earned selections. Day 3 of draft included…
Read More