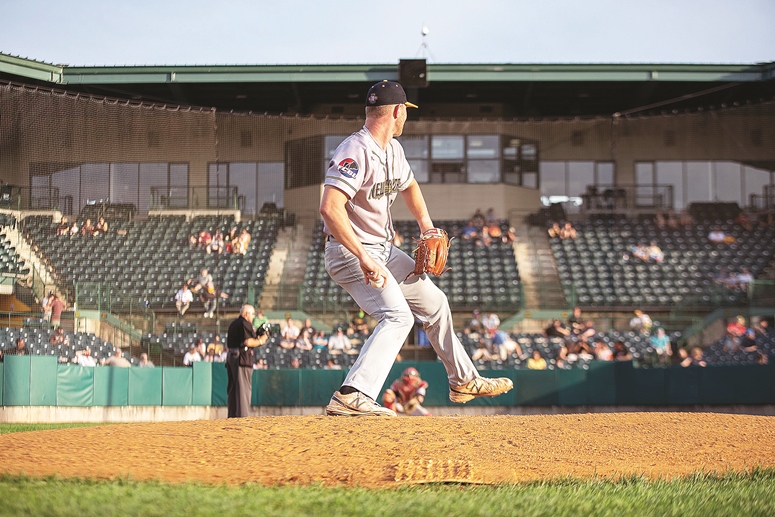 Ban Casparius , who pitched for New Britain of the Futures League, will make his UConn debut next spring. (Cody Charneski)

It may only have taken a pandemic for UConn coach Jim Penders to recognize his long-awaited desire of seeing in-state phenom Ben Casparius wear the right colors.

Penders’ first attempt to kick off the recruiting process with Casparius (Westport, Conn.) came back in 2014, when the two-way prospect was a freshman at Staples High School. But before the UConn coach could even get Casparius on the Storrs, Conn., campus for a visit, the state’s top prospect committed to North Carolina.

Casparius went on to become the all-time hits leader in the state of Connecticut, also earning 2017 Connecticut Gatorade Player of the Year honors.